It was with great pleasure I received an advanced reading copy.

The book is a seminal piece on the crossover between evidence-based natural medicines, quantum biology, and health philosophy.

1) It’s a First-mover Beyond ‘Microbiome-era’ Medicine.

Over the last decade, the rise of the gut microbiome has shifted mainstream medicine. Every health practitioner speaks of bacteria, the immune system, and the digestive system’s role in health.

Regenerate, does not discount the microbiomes supreme influence, however, it takes to focus on many implications of the microbiome. While the focus has been on bacteria, human physiology has also changed significantly in the last decade. One problem that faces the practitioner and patient in healing the gut microbiome is its supreme complexity and its interaction with the human body needs a full understanding of our own responses.

With an updated understanding of human physiology, we are moving towards the complete picture as to how natural medicines produce real improvements to health.

2) Your Genes are Not Your Destiny.

I wrote about this in The Dental Diet. However, at the time, it was based on the idea of epigenetics and our DNA’s response to the environment. The story of how DNA is designed to shift and respond to outside messages is incredibly more complex.

In particular, it focusses on MicroRNAs and exosomes. These intermediate pieces of DNA and messengers show that genes exist in a connected web of information flowing from plant to animal kingdoms. For health, it paints an incredible connection between food, the environment in which it came from, and what it does in the body.

3) Human Physiology is Being Re-Written

Depending on what way you read Regenerate you can take different messages. However, during my reading, I was seeing that we are now moving into a completely new arm of understanding human physiology.

I believe that mistruth is harmful to our consciousness and health. When we break things down into discrete systems, we fail to acknowledge the entire role and purpose of a living, breathing system.

Through multi-disciplinary research, hundreds of references from many fields of science, Regenerate takes you by the hand away from single-focus medicine and into a far more genuine appreciation of your own body.

Making up roughly two-thirds of the human body, water has been largely thought of as a mechanical interface. Based on the research of Gerald Pollack, the capabilities of water is going far beyond previous notions.

The Fourth Phase of water gives rise to the idea of how water behaves in biological systems. It not only explains how certain aspects of circulation can work but gives rise to the physiology, energy conducting property of water, that can be harnessed.

5) The Neurobiology and Intelligence of Plants

I enjoyed the biology areas of this book as they took me to places I was least familiar with. In particular, the evidence of how plants exhibit human-like behavior. Not only is the conversion of light to energy unexplained, plants show memory, learning, adaption, and many other traits that would typically be assigned to human-level intelligence.

These anomalies are pointing to a far more intelligent plant species and may explain remarkable medicinal properties.

The benefits of sunlight to the body is one of the most influential health practices seldom discussed in health circles today. While my own work on Vitamin D and its benefits to teeth has been a game changer for my patients, a focus beyond the simple production of this nutrient is now at hand.

Electromagnetic light has many different spectrums, all of which have different roles in the body. Melanin, the chemical produced by the body, and behaves differently in response to morning, and evening sun.

Touted as ‘New Biology’, Sayer sneakily adds one of the biggest scientific problems of the 20th century as the central thesis of his book. Bringing in an issue to light that is breaking the foundations of our perception of the reality we live in.

From the quantum field, to the zero-point vacuum area (yes you can produce energy from nothing), quantum biology is the way our children will be describing our own body.

8) It Raises a Philosophical Discussion Towards Health

I think we’ve reached a point in the health sciences where we need to sit back and think exactly where we are. As a field rooted in evidence, have we become over-obsessed with a paper that provides causality between X and Y?

Science is the pursuit of evidence, however that evidence also requires interpretation. There are other forms of evidence beyond a double-blinded RCT that progress the field.

Sayer has a background in philosophy and it was a welcomed approach to both present evidence and be able to comprehend how these things fit into the bigger picture.

9) Practical Tips to Enhance your Energy and Mind

If you’re not ready to discuss quantum mechanics, neurobiology, or microRNAs, Regenerate is an excellent handy book of natural medicines. I’m currently focusing on foods that enhance the brain. Whilst reading Regenerate, I found myself adding new supplements and food practices based on new scientific understandings of traditional healing practices.

I’m going to be sharing more on the topics opened by Quantum Biology.

Make sure to grab a copy of Regenerate HERE

To dive in further, you can sign up to Sayer J’s Masterclass: 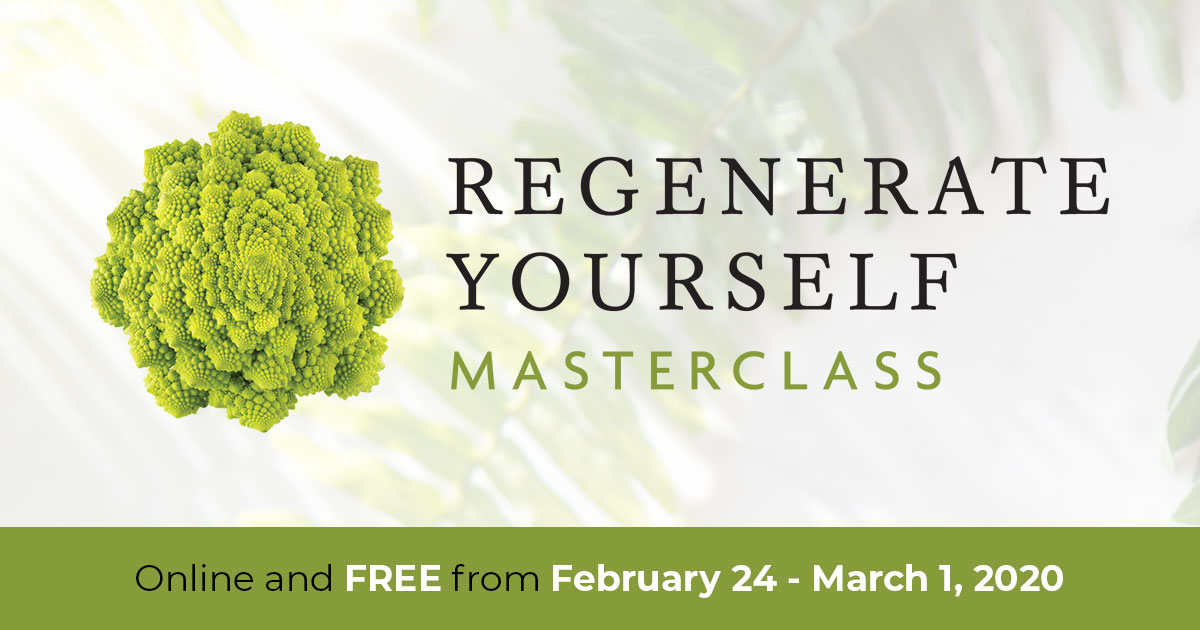